A Motorbike is the best way… 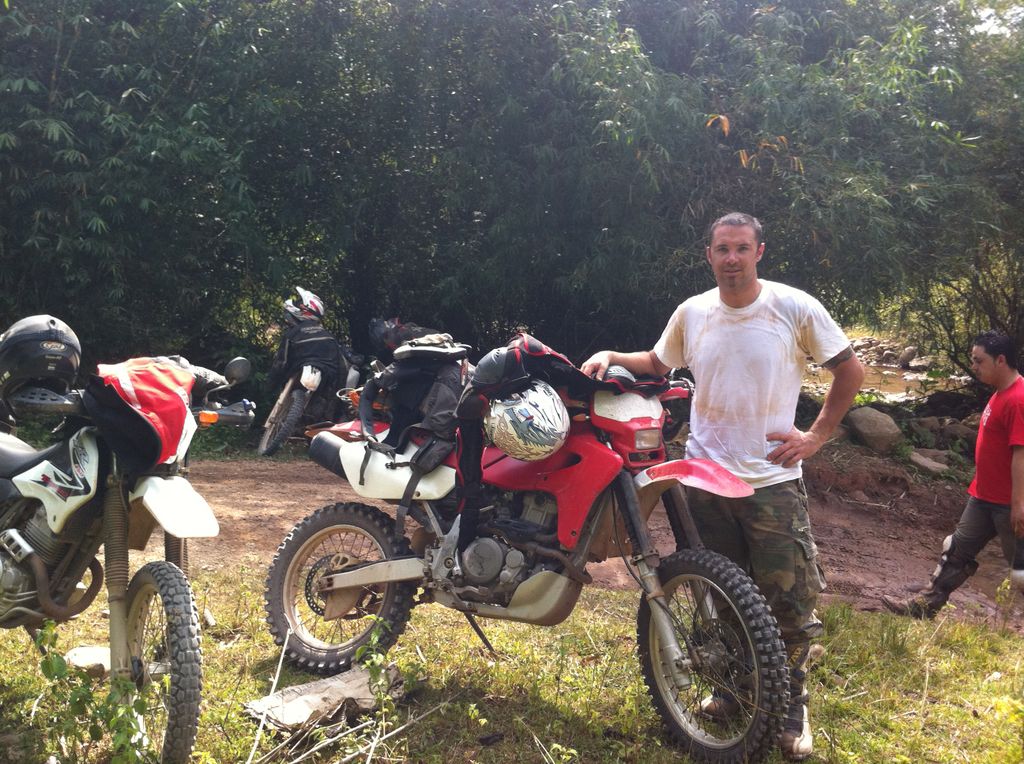 You’re free to travel at your own pace and speed, you can stop anywhere you like without arriving in a vehicle as big as someone’s house, and in a country like this, with so many remote places to explore, a motorbike can handle tracks that buses and cars don’t go to. (As long as you’re not worried about getting a little dirty or sweaty sometimes!)

Buses and vans are fine. But a motorbike trip lets you choose your own adventure, wherever and whenever you want.
Charly is a guy who runs motorbike trips in Laos. Though, actually, he doesn’t exactly come on the trips with you, toting food, telling you when to stop and go.

Instead, he sends Mr. Oregon. Mr. Oregon thinks. He knows exactly where to go. He’s waterproof and solidly built, and he’s cheaper than your usual guide. Mr. Oregon is a GPS device. Mr. Oregon represents a way to get away from groups and tours, to get out into the jungle tracks on your own, but to take some advice and some level of security along with you.

We picked up our motorbike gear, with protectors, boots and helmets and went out for an introductory ride with Charly. (After all, there’s nothing wrong with a little human companionship!) After about 30 minutes, we got a brief introduction to the GPS device. For the next three days, it will be us, the bikes, and handy Mr. Oregon exploring the hills and forests of Northern Lao PDR.

When you have a good motorcycle in Laos, it’s like having an all-access pass to the best theme park on the planet. The roads become a roller coaster through stunning scenery and all of a sudden you are smiling from ear to ear and your brain is overloaded with every shade of green and brown and blue, as the dirt roads, the green jungle, and the blue mountains advance and recede, dashed with flowers and villages and dogs and children, in the most joyful blur.  It’s like flying through the countryside just above the ground, only you can stop the plane wherever you like.

Offroad Laos Tours with Motolao runs amazing motorcycle tours in Northern Laos.  They have a team of motorcycle adventure enthusiasts, who just love Laos, love riding, and want to share there passion with others.  If you’re interested in taking a ride with a guide or a GPS device, come by the Tiger Trail office in Luang Prabang. It’s on the main street near the old royal palace. If you don’t, well, here are some photos to show you what you’re missing.