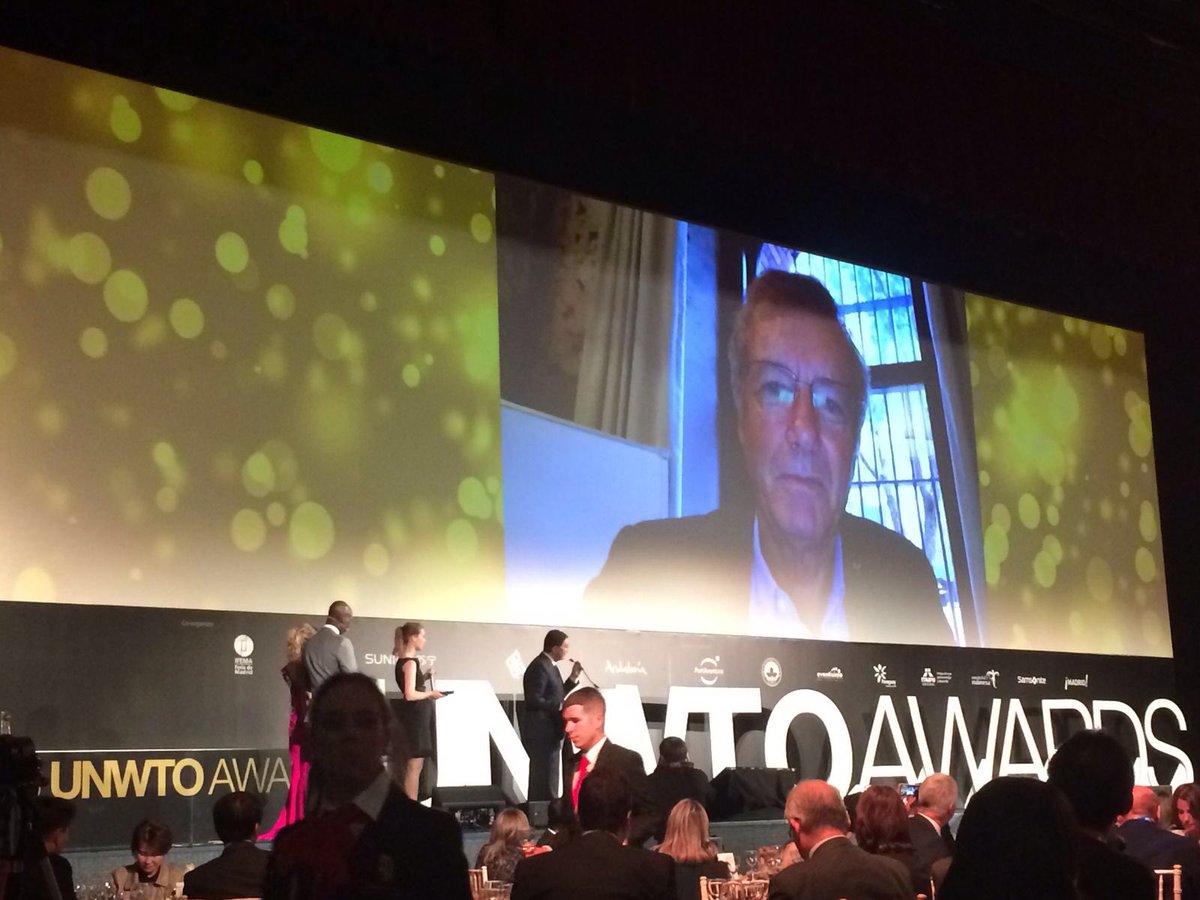 Just a few years ago, the Director of Tiger Trail, Mr. Markus N. has been traveling with Tony Wheeler, who now has received one of the highest honors to be found in the world of tourism. As Markus & Tony traveled to Nong Khiaw those days, they sat on the kayak for hours talking about Laos and Tony’s life, his travels and the work of Lonely Planet. Together they spent the night at the 100 Waterfalls Trek village home stay, now one of the most fun and yet adventurous short trips in Laos. Also read his own blog on the woo waterfall trek we did together.

Tony Wheeler and Maureen Wheeler, founders of the widely-known Lonely Planet Publications have received the 13th UNWTO Lifetime Achievement Award. The prize is conferred every year to individuals with visionary leadership and significant contributions to the global tourism sector.

The inspirational role that Lonely Planet inferred worldwide to travelers, writers and the tourism sector in general has been the major reason to concede the UNWTO Lifetime Achievement Award to the Wheelers.

The couple founded Lonely Planet Publications in 1972, after a trip across Asia. In the last 40 years, their guidebooks have sold over 100 million copies in English and other languages. Lonely Planet also ventured into many other travel areas including a television series and an award-winning travel website.

The work of Tony and Maureen Wheeler goes beyond the Lonely Planet Publications and has reached a wider scope through the Planet Wheeler Foundation. It is currently involved in more than 50 projects in the developing world, principally in Southeast Asia and East Africa, with a focus on poverty alleviation.

In addition, the London Business School hosts the Tony & Maureen Wheeler Chair of Entrepreneurship whose work concentrates on entrepreneurship in the developing world. In Melbourne, Australia the creation of the Wheeler Centre for Books, Writing & Ideas played a key role in the city’s recognition as a UNESCO City of Literature. Maureen is the Chairperson of the annual Melbourne Arts Festival and the Principal Patron of Opera Australia’s production of Wagner’s Ring Cycle in Melbourne in 2013 and 2016. Tony is a director of Global Heritage Fund, which works to protect and develop archaeological sites in the developing world.