A Must Visit in Laos – Vieng Xai Caves

The caves sheltered the Pathet Lao officers during the second indo-china war in the 1960s. The United States believed Laos was crucial in the prevention of communist expansion, so became caught up in the conflict between the US and the North Vietnamese, known as the Secret War. 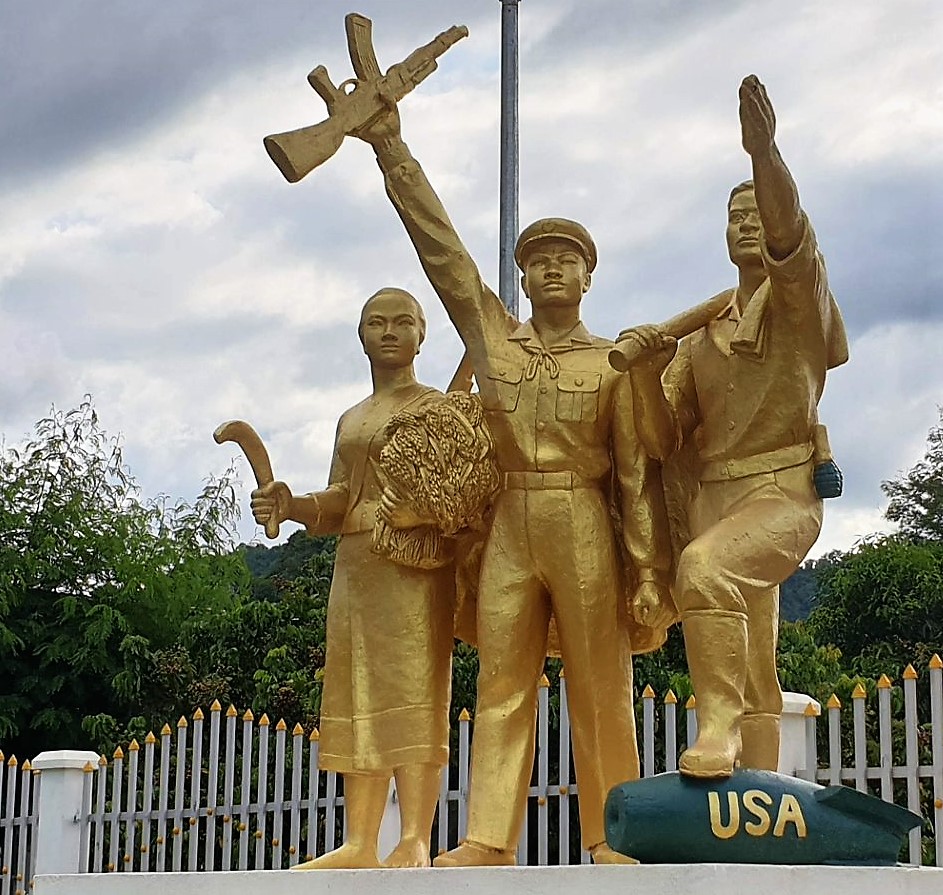 Vieng Xai (also Vieng Xay, Vieng Sai) is a district and town in Hua Phan Province, Laos. The town is located on Route 6, 30 Km from Sam Neua (the Province’s capital) and only 55 km from the Vietnam/Laos border in Na Meo.

The Vieng Xai caves are the biggest attraction. We left Muang Hiam in the morning and drove direct to Vieng Xai caves to make the afternoon tour. Tours run at 9 am and 1 pm. Another popular place to stay the night before is Sam Neua, 30 km away. If you want to go by shared tuk-tuk, head to the bus station near the airport early to catch the tuk-tuk that goes at 8 am depending on the season, so check tourist information before you leave. Catching the 9 am caves tour is your best bet so you can get the returning tuk-tuk. A taxi is around $25-30 for the day.

Tickets are 60,000 kip and includes the most amazing audio tour. The tour gives an amazing insight into this history and is one of the most interesting experiences I have ever had in Laos. It’s a long way to go but well worth the visit. You can get around on a scooter, bike or car. Some caves are close to each other and for others you will need transport.

The caves sheltered the Pathet Lao officers during the second indo-china war in the 1960s. The United States believed Laos was crucial in the prevention of communist expansion, so became caught up in the conflict between the US and the North Vietnamese, known as the Secret War.

Our tour guide was friendly and very informative. There are 18 caves and it takes 3-4 hours. He would stop at caves and we then had time to listen to the professional audio tour at each significant sight. The audio tour gives the most amazing account of the area’s history you’ll likely ever get.

The US began 9 years of intensive bombing missions in Laos in 1964. Vieng Xai was a key US Airforce target. The Pathet Lao moved setup their headquarters in these caves which sheltered 23,000 people. Caves were established for everything, from hospitals, offices and schools. People only ventured outside at night to farm and find food or water. Kitchens were outside caves and used at night.

To make the shelters and offices, caves were expanded by blasting with dynamite and erecting internal ceilings to keep water out. The bombing occurred during the day so at night trucks brought supplies via Na Meo, 55 km away from other communist countries such as the Soviet Union, China and Vietnam.

Some of the caves are huge. The caves were more extensive than what you see on tour, with 480 connected caves used altogether. Inhabitants were afraid of entrances getting destroyed and being trapped within as well as being gassed whilst inside so many caves have air-tight bomb shelter rooms with hand-operated air filter machines. 5ft thick blast walls were built to protect entrances from missiles and rockets entering.

Outside many of the caves is a red flowering plant. The red color is chosen to represent blood shed for all the lives lost.

The last cave that you will visit (number 18) is the large theatre cave which is still used to this day for screenings and weddings. The extensive collection of caves is not only fascinating, and an important piece of history but are living caves even in 2021.

In 1973 a ceasefire stopped the bombing and the new town of Vieng Xay was established as the capital of the liberated zone. When the Lao People’s Democratic Republic was declared on 2 December 1975, the capital city was transferred to Vientiane.

Our 1 pm tour ended at 4pm, totally satisfied we headed to San Neua for a few nights, check out the upcoming post in the series and even more Secret War Tour sights. Our guide was amazing, please remember to tip your guides in Laos, it is vital income for them and with such a high standard of guide, they deserve it as I am sure you will discover for yourself.