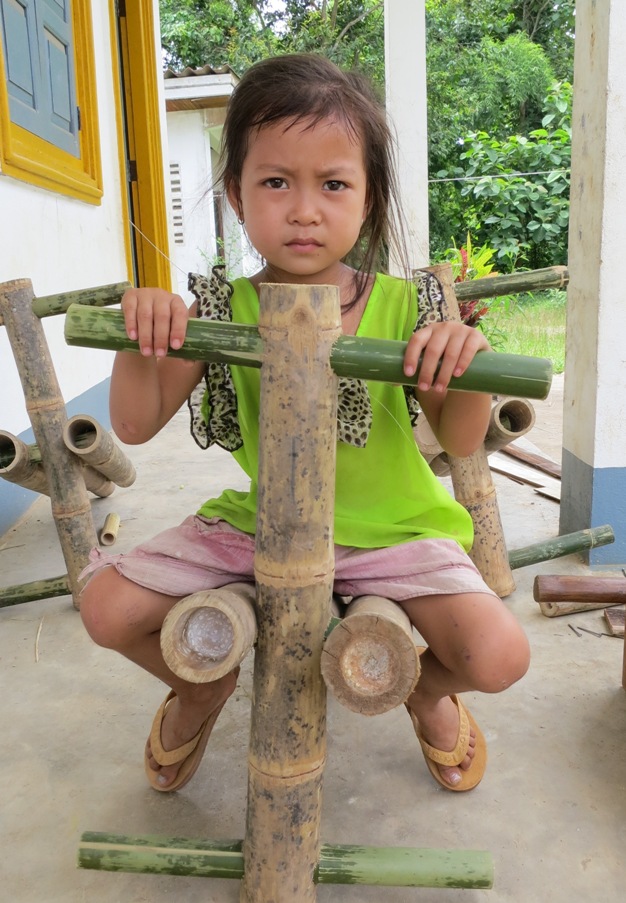 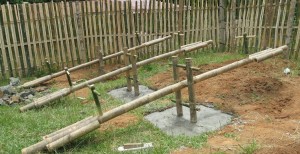 Some of the fondest memories I have of elementary school were not inside the classroom, but outside, on the playground!  I loved jumping on the swing and kicking my legs to get higher and higher into the air.  It was such a rush to then jump off the swing and land swiftly on my two feet (when I was successful in doing so)!

Here in Laos, if you look around at the school grounds, very rarely do you see a jungle gym, swing or other playground equipment.  What you do see is a large open area which kind of longingly begs to have a 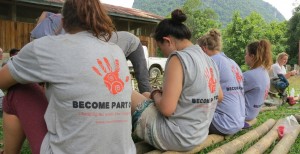 playground built on it!  Mind you, children will find ways to entertain themselves regardless if there’s equipment or not.  But play is important to the development of children’s social, emotional, cognitive, and physical development and a playground facilitates this development.

As part of a new initiative between the Fair Trek team and Reach Out Volunteers, we have developed a volunteer tour program which involves the construction of a bamboo playground. 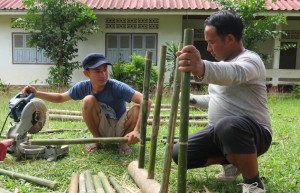 We chose to work with bamboo because it is an environmentally friendly material that can be found in abundance in this region of the world.  Bamboo is well-known for its strength whichis comparable to steel and even better, it grows extremely fast, reaching maturity three times faster than hard woods!

For this playground, the villagers sourced the bamboo from near their village and soaked them in the Nam Khan for about a month!  This gets rid of insects and prevents further infestation, especially by termites.   Lao people have long used bamboo for various constructions and their knowledge and familiarity with it makes it a practical option. 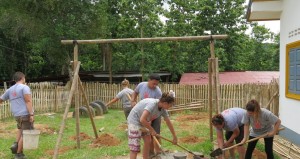 The tour program for Laos also includes several days volunteering at the Elephant Conservation Center.  For  3.5 days, the volunteers (mostly from Australia) worked alongside villagers, their guide, and a bamboo supervisor to construct a swing set with three swings, a teeter-totter (seesaw) at three different heights, and a small jungle gym.

Noonsavath primary school and kindergarten, they were thrilled with the idea of working together to build a playground for the children.  That meeting first took place two years ago!

Now the children of Ban Noonsavath can spend hours swinging, climbing, teetering, and just having fun while fine tuning their motor skills, agility, and coordination!