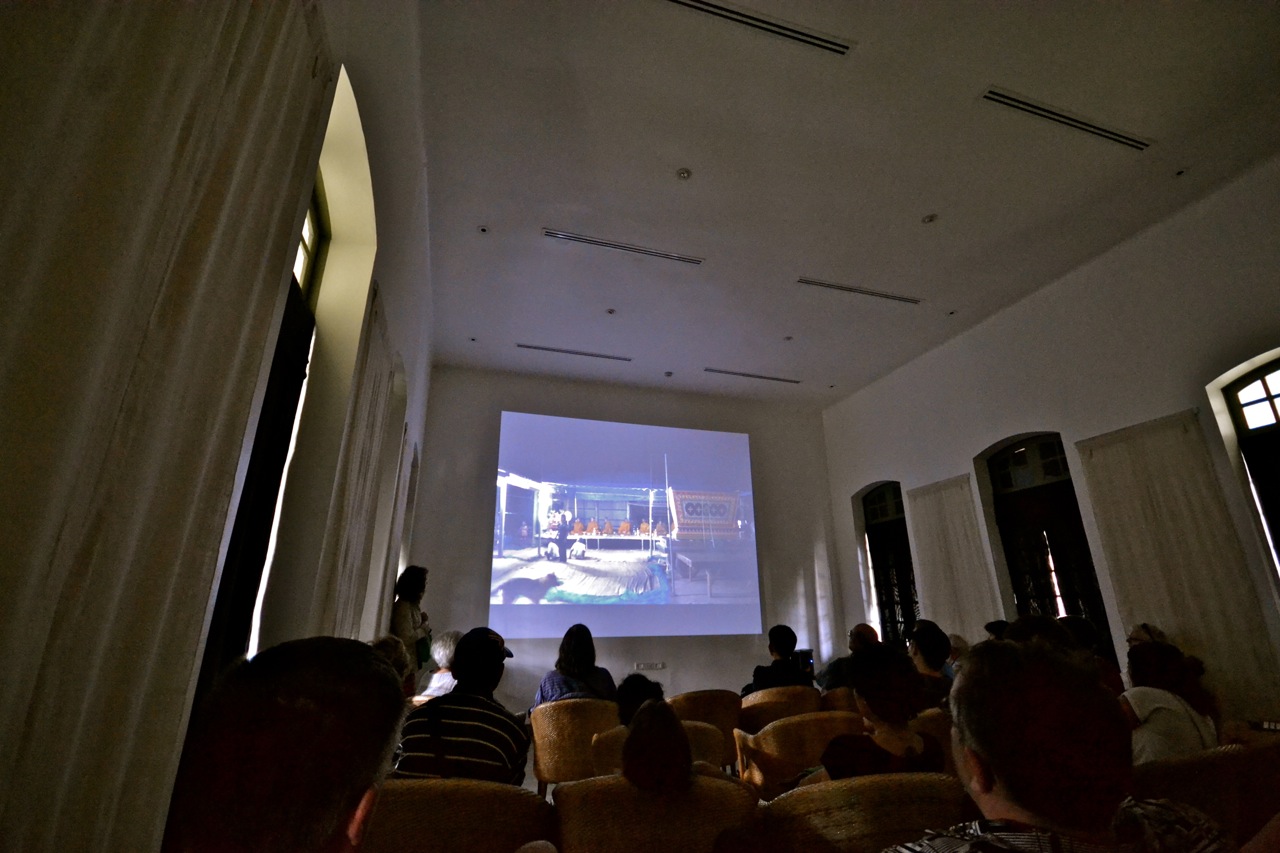 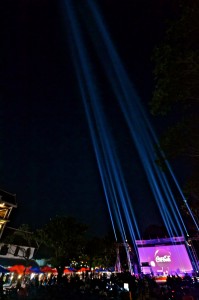 For five days the annual Luang Prabang Film Festival (LPFF) transformed The Handicraft Market of Luang Prabang into a bustling open-air theatre.  The screening space at the main intersection of this World Heritage town, with its ability to hold over 1500 people, was the main visible attraction in this fourth year of the LPFF.  However, this was only the tip of the iceberg.  To quote founder and director Gabriel Kuperman, “The annual festival is really just the culminating event of a year’s worth of planning, activities, and development of the domestic and regional film communities.” 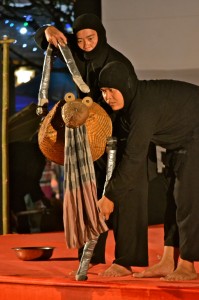 Some highlights from this year’s activities are: the launching of the Lao Filmmakers Fund, the country’s only publicly generated granting system for making film; production of the American Film Week in Vientiane, a collaboration with American film experts and aspiring Lao filmmakers;  and the incorporation into LPFF of the Southeast Asia Movie Theater Project, a documentary photography project with the aim of chronicling the final days of the region’s stand-alone movie theaters. 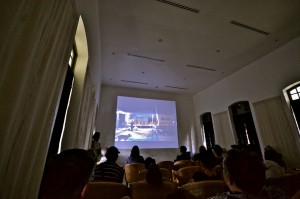 The festival itself was comprised of three main venues.  The night venue at The Handicraft Market hosted the largest productions.  The day venue, located at Amantaka, a 5-star resort housed in stately French colonial buildings, showed three films per day in their exhibition room.  Project Space Luang Prabang operated as the visitor center for the duration of the festival, as well as a screening venue, exhibition space, and meeting place for filmmakers and filmgoers. 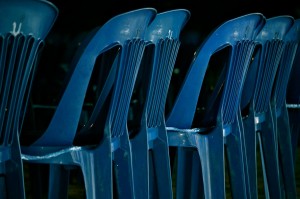 Showcasing Southeast Asian cinema, 28 feature films spanning numerous genres were presented this year.  Selected by LPFF’s Motion Picture Ambassadors (a collection of film experts from around the region), for the first time the collection was able to represent the film industry from every one of the ASEAN countries.  Aside from feature films, several organizations in Luang Prabang were included in the FILMS AROUND TOWN category as they use film as a medium to convey their message, be it artistic, dissemination, promotion, or documentation. 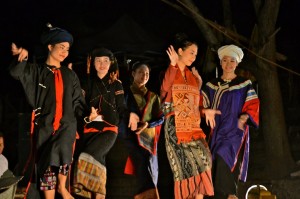 Panel discussions on “Fundraising for Low Budget Filmmaking” and “Distribution Methods in Southeast Asia” brought insight and support from influential filmmakers and producers around the region to aspiring filmmakers.  A rather eclectic lineup of performances prefaced each screening at the night venue, from Vientiane-based pop band The Temple Guys, to a Hoppin presentation of new b-boy (breakdancing) performances, to traditional Lao dances by group Nor Phao, and finally a mesmerizing performance of “Elephant Song” by the Khao Niew Theatre troop. 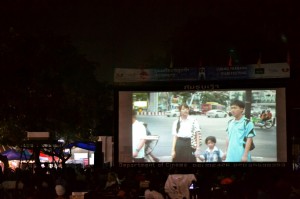 Without a doubt, the Luang Prabang Film Festival is much more than a once a year festival, rather 12 months of programs, support, inspiration, and ideas for an ever growing network of filmmakers, industry professionals, and local and regional artists.

I finish by quoting the Vision Statement of the LPFF:

Southeast Asia is a magical part of the world, its cultures are many, and its plot lines are richly diverse.  Our vision is to see these stories told, and told well, and we want everyone watching.