Why the Luang Prabang Film Festival is like no other 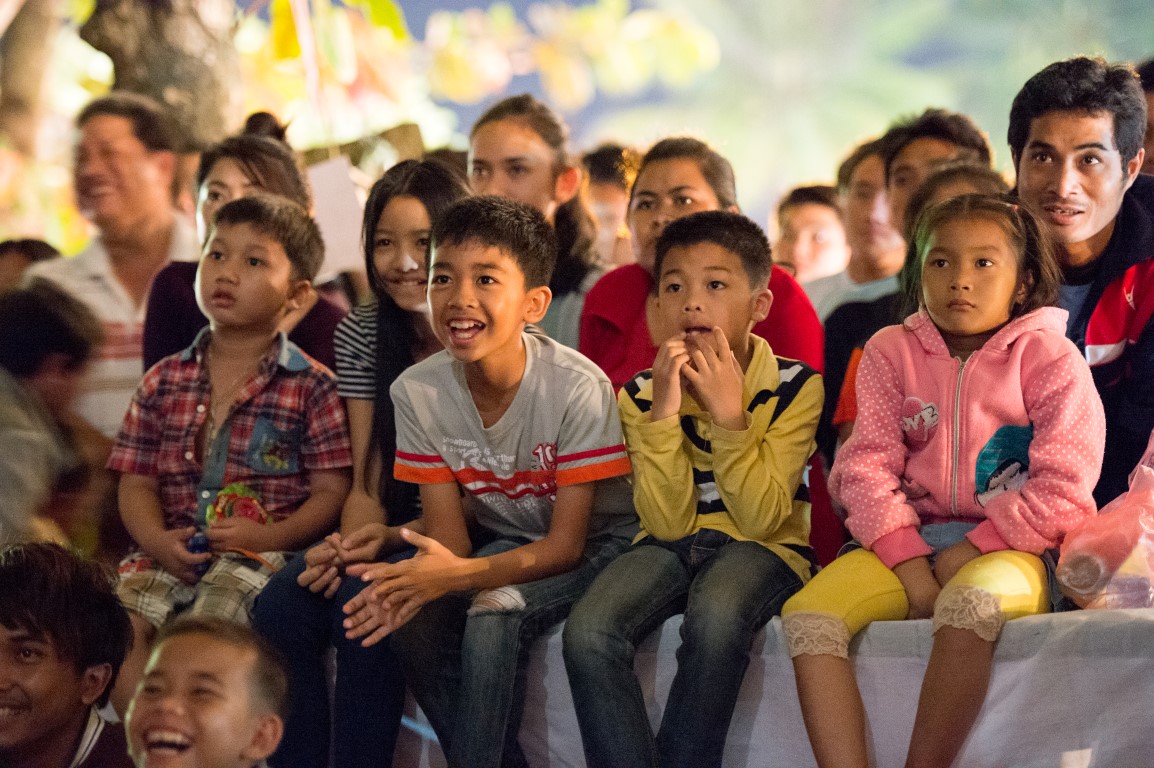 The Luang Prabang film festival (LPFF) rocks to a different beat than others. Not only do they screen amazing talent from South East Asia but they are on a mission – a social mission. Started by one man about 6 years ago simply because there was no theatre in Luang Prabang, it has grown to one of the most significant events in the community.

“We want to inspire people and increase Lao media literacy,” says Eliza Mott, Festival Coordinator for LPFF. They are certainly on the way to achieving this. For the second year in a row 32 films will be screened this December, and this year every ASEAN country is represented. It’s not just about films; other community events include an exhibition of photos of historic standalone cinema houses from the Southeast Asia Movie Theater Project, four public discussions, and nightly musical performances.

“The festival transforms the whole town for a week” says Mott. During the week, there will also be a documentary production workshop organized by the US Mission to ASEAN and the American Film Showcase, with 12 participants from the Young Southeast Asian Leaders Initiative (YSEALI).

How does LPFF ensure the best films are brought to Luang Prabang? Unlike other festivals where filmmakers and producers submit films, the LPFF has reps in each ASEAN country to choose the best films from recent years. The LPFF team then selects the best from the best. 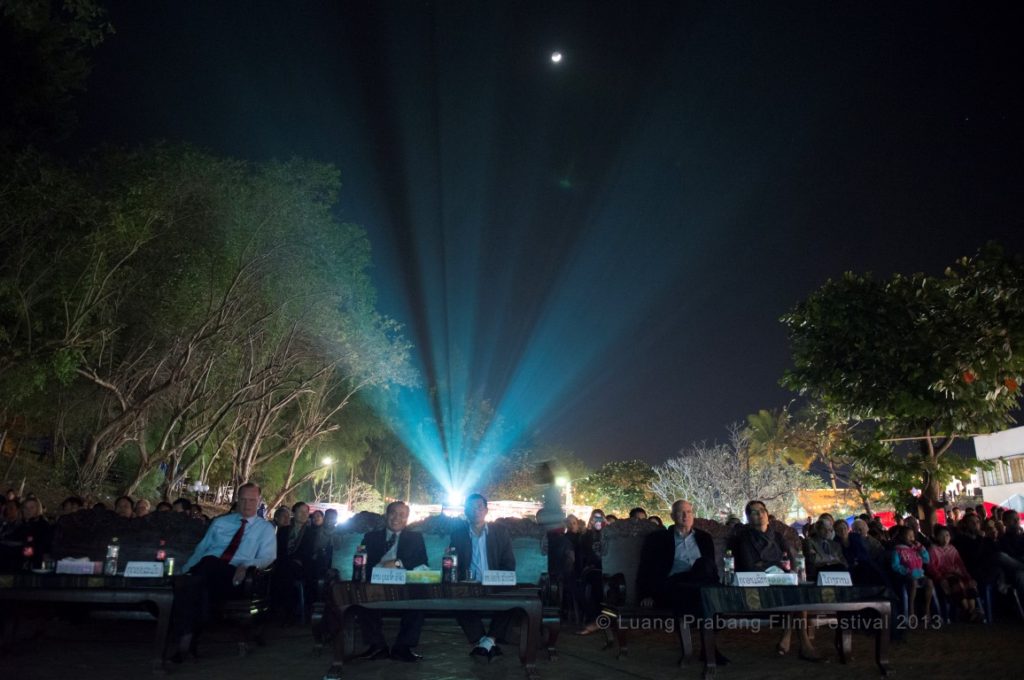 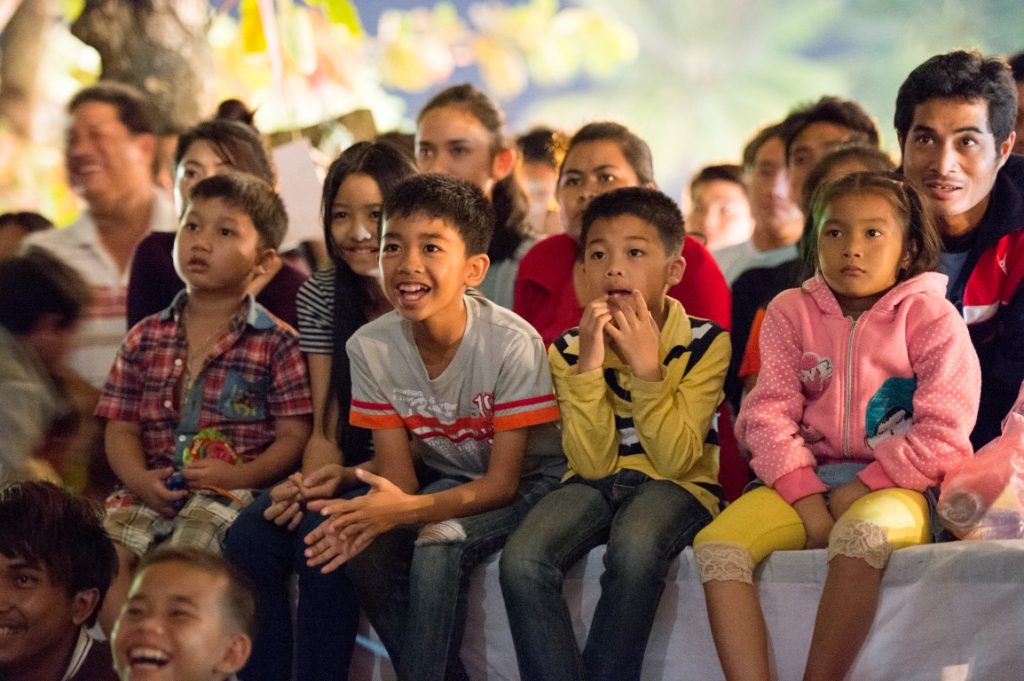 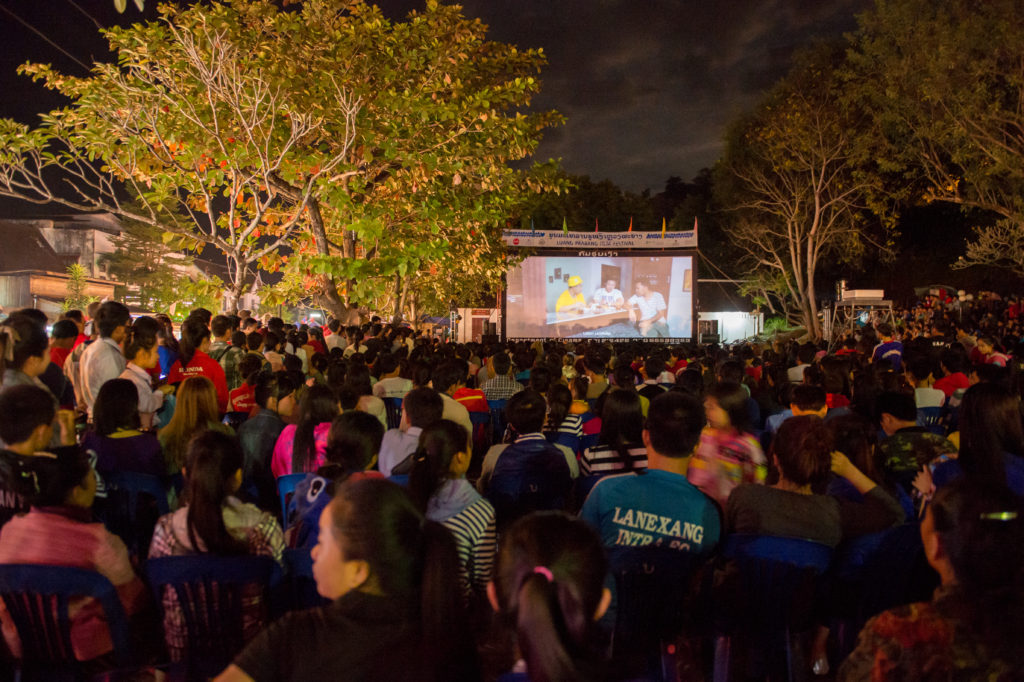 Filmmaking Workshops
Budding filmmakers in Laos have it hard. The biggest barrier is money. Filmmakers either have to secure funds to study overseas, or teach themselves. LPFF runs workshops working with Lao filmmakers. And according to Mott, since the festival was founded in 2009, the number of Lao-made films has increased from 1-2 a year to 5-6 per year. In an effort to start to fill in the gaps in film education and help aspiring filmmakers throughout the country, LPFF created a free online instructional video series called “Filmmaking 101” in collaboration with the Vientiane-based film collective, Lao New Wave Cinema.

Talent Lab for South East Asian Filmmakers
Led by the Tribeca Film Institute® from NYC, the Talent Lab provides a two-day opportunity for Southeast Asian filmmakers to improve their project pitching skills, with a chance to secure USD $10,000 funding to go towards producing their film. One project showing great promise will be selected to attend the TFI Network market, which will take place in New York City during the 2018 Tribeca Film Festival®.

LPFF is a project of the Lao Department of Cinema under the Ministry of Information, Culture, and Tourism, though it is entirely funded by corporate sponsorship and grants from organizations who wish to promote cultural activities in Laos and give people access to film, ideas and inspiration they otherwise wouldn’t have.

8 – 13th December 2017
Luang Prabang is in for an exciting week, so come along and enjoy some great entertainment, support the sponsors and in turn the growing Lao filmmakers community. The Handicraft Market at the main intersection in town serves as the ideal location of the nighttime screenings, and the Sofitel Luang Prabang is the festival’s daytime venue. All screenings and festival events are free and open to the public, and a free shuttle is available to bring guests between the two venues. See LPFF website.