Life in a Hmong Village 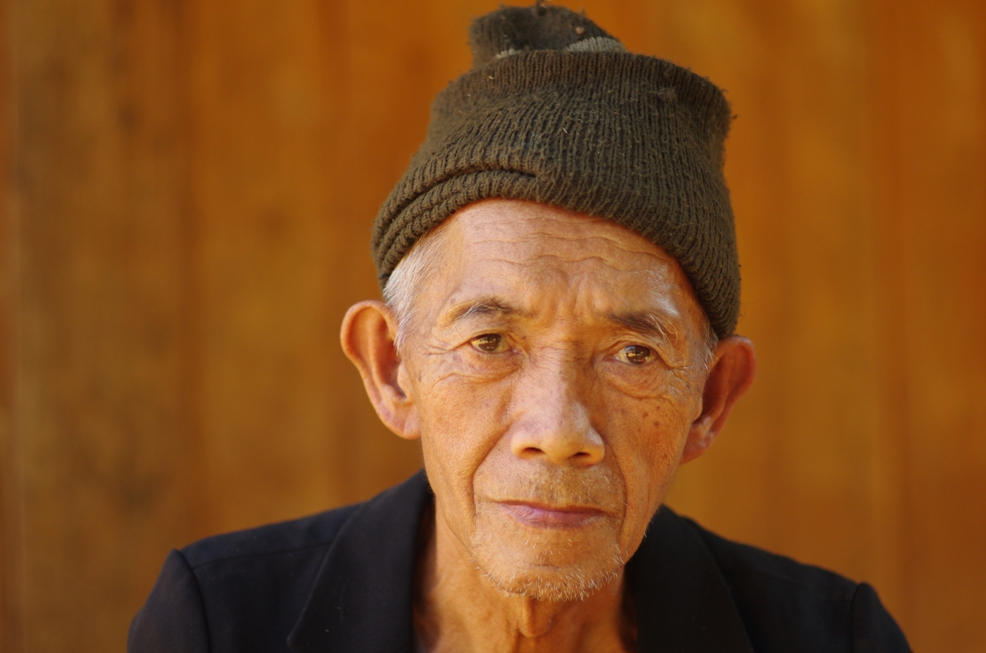 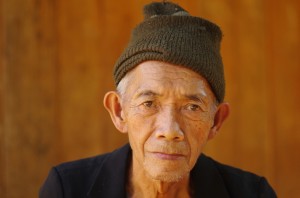 In many ways, Laos is one of the most diverse countries in the world. There are three major ethnic minority groups in Laos: The Lao Lum, The Khmu and the Hmong.

The history of the Hmong people is hardly researched. Most scientists believe the Hmong people used to migrate from the steppes of Mongolia across to South East Asia. Approximately half a million Hmong people live primarily in the mountainous northern part of Laos. There are lots of small Hmong villages in the area of Luang Prabang. One of them is called Long Lao Mai, about a 30 minute drive from the UNESCO World Heritage City. By Lao standards it’s quite big, about 675 people live there and the majority is less the 10 years old.

The Hmong practice animism and shamanism and therefore you won’t see any temples or other Buddhist signs when you visit a Hmong village. Both, Hmong and Khmu people, are still practicing magic and there is a spirit area in the local mountains of Long Lao Mai that shouldn’t be entered by a tourist. The villages are usually managed by several village headmen, though the elders are traditionally the most important people. A big part of the village community is working in the agricultural sector and grows rice and a variety of vegetables. 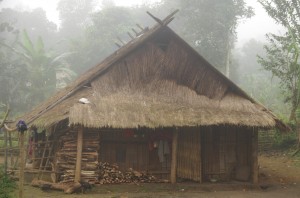 As an intern at Tiger Trail I joined a group of Swedish volunteers and an Australian girl to help build an Eco Clay Earth Bungalow. We were the last group that was supposed to finish this Fair-Trek project.

Life in Long Lao Mai is simple. You get up at sunrise and see the traditional way of living in a Hmong Village. It’s quite intimate as you have to take your shower in public and have all your meals with the family you stay with. You get rewarded with cultural history and typical Hmong Food. We were quite lucky as we got to see Hmong New Year, which is the biggest Hmong festival of the year.

Girls got dressed up in traditional Hmong clothes and on December 13 the whole village got together to kill a chicken and to celebrate the beginning of a new year. For dinner everyone got to eat chicken as well as an egg. The celebration lasted for almost 10 days.

But back to the project.
Tiger Trail is setting up a special home stay experience for visitors from overseas. The plan to build an ecological Bungalow was developed in early 2012. Construction started a few months later and by the end of the year the building is almost completed. People can visit the project site on this tour here while hiking to the Kuang Si waterfalls.

As a member of the last group I was helping to design the bed frames for the Bungalow. It was so much fun to work with other people and see how plans were getting done. Most of the villagers were quite curious about how we were trying to build the Bungalow. A lot of young children were trying to help us as well so I got a chance to snap up some Hmong phrases and practice some Lao too. 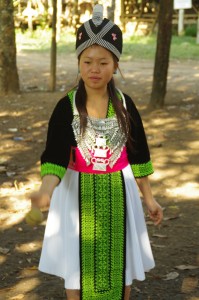 There is a nice viewpoint about 10 minutes walk up from the village where you can gaze over Long Lao Mai and Long Lao Gao, another small village. The fact that both villages are short distances apart from each other yet speak two different languages still amazes me.

Long Lao Gao is a Khmu village and the language differs in many ways to those of the Hmong. The Khmu people were among the first ones who settled down in Laos and the Khmu language is related to the Mon-Khmer dialect. It is believed that the origins of the Khmu can be found in northern India from where they were spreading out all over Asia. 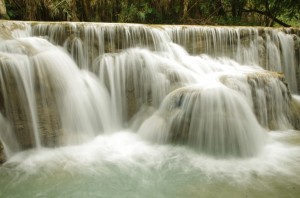 I returned to Long Lao Mai one week later and could see the progress that had been made on the Bungalow.

One of the highlights in Long Lao Mai is the easy 2hour trek to the Kuang Xi waterfall, which is the biggest one in the area.

The eco building Bungalow project is not yet finished but is going to be an interesting destination for any one who is looking for a different way of spending their holidays in Laos.