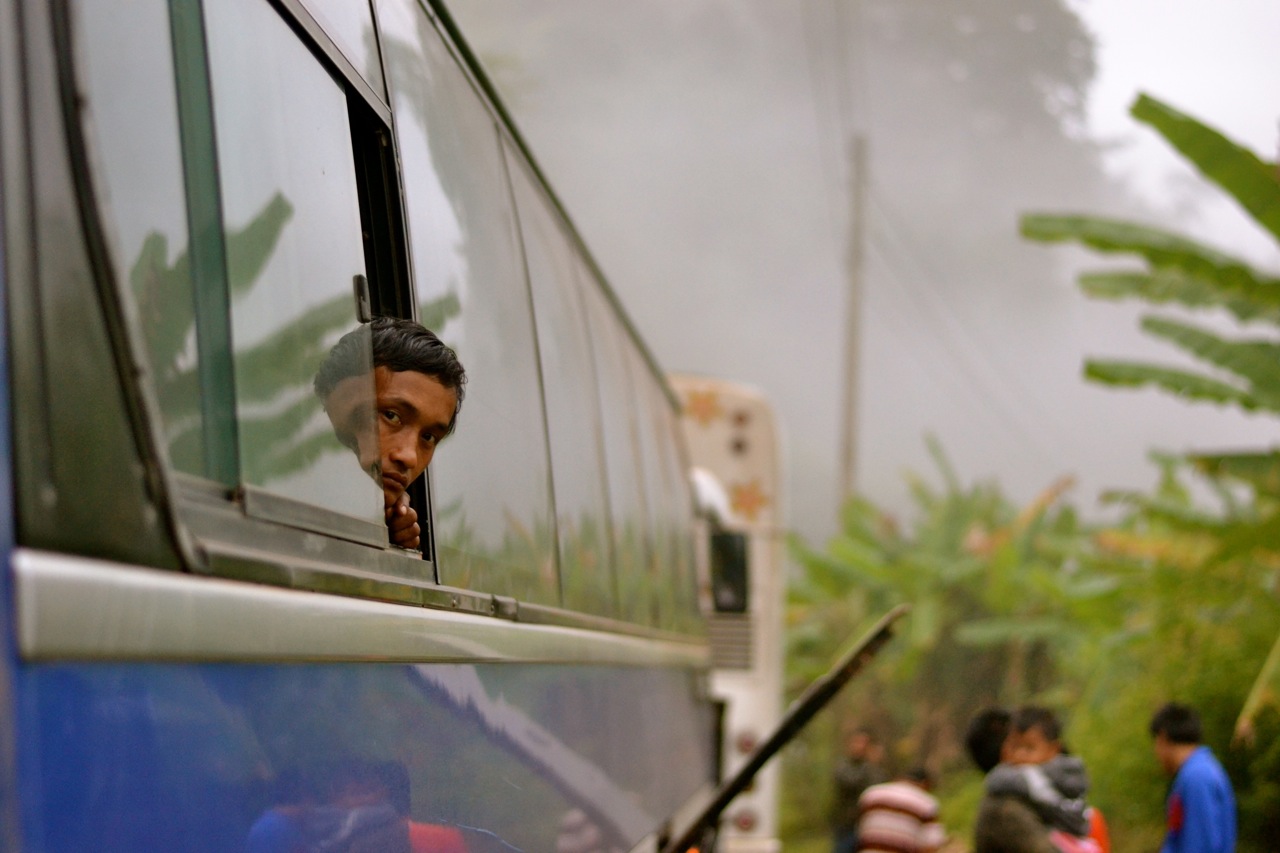 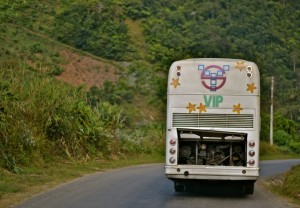 What’s that you say?  You’re coming to Laos?  And you want some adventure?

I can see your Google search increasing exponentially, curly wisps of smoke rising from the rubble of your keyboard as you blaze through posts…rock climbing, kayaking, trekking, village stays, mahout training, mountain biking….  Whoa whoa whoa, slow down there turbo, let’s not get ahead of ourselves just yet.  First you have to get here, and then you have to get around.  ‘Adventure’ is by no means mutually exclusive to the great outdoors, and if you are open to all possibilities, will manifest itself in most any situation.

(Key the harp audio that triggers a flashback)   Vientiane, Laos.  I descend from my tuk-tuk at the dusty north bus station, needing to get to Luang Prabang.  Bad news.  The sleeping bus is full, which means I’m in for ten hours of the VIP bus, which in retrospect can be none other than an acronym for Voluntary Imposition of Pain.  At least for me it is, as I have a difficult time sleeping on any bus.  The ‘sleeping bus,’ however, does sport a large enough berth for you to lay flat and get some rest.  VIP not the case, at least for a tall creature like myself.  And surprisingly the sleeping bus is only 20-30,000kip more. (3-4US$) 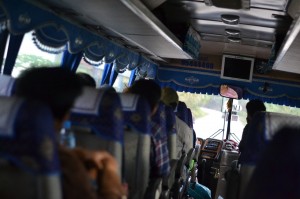 I am informed the 6pm bus is out of commission, so I sign up for the 7:30.  I climb aboard and fold myself nice and neat into the window seat, knees pressed part way up the seatback in front of me, seeking to comfort myself in the thought of a mere ten hours in this position.  Just around the corner of the bus station we stop, and our already full bus now has its aisles packed with goods and a half dozen more riders.  Now we’re picking up steam, until a dispute arises from the back and we have to stop to separate a duo of unruly passengers.

A short time later we grind to a halt once again and our jovial driver pokes his head up, makes an announcement, and half of the passengers file off the bus.  I am perplexed at the exodus, but at least now the bus has some space.  We press on, slaloming the winding roads of northern Laos, as I doze to the steady hum of the diesel engine. 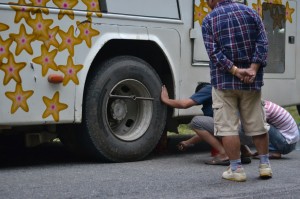 In the dark of night I awaken in a haze, my dulled senses detecting the telltale low drawl of some unfortunate companions on this expedition tossing their cookies, when suddenly-BAM! Blowout.  I descend with the masses to linger in the eerie glow of the headlights of another bus.  Turns out we’re travelling in two now, and this is where the rest of the passengers had disappeared to.  I inspect the other bus, which seems to have more legroom, and make the switch while the spare is placed.  More room, it turns out, but more room with half of my seat broken.  Thus I spend the rest of the trip bobbing back and forth like an errant buoy in stormy seas.  I go down, but I keep popping up.  You have no idea where I’ll go.  I’m out of control. 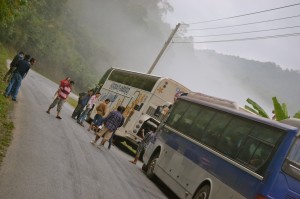 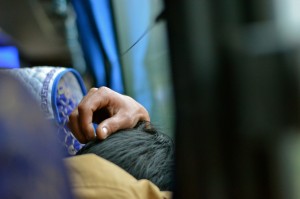 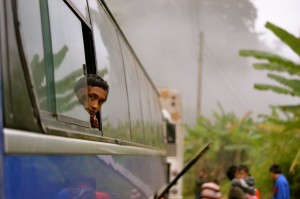 Mind you I am the only falang on this bus, and all the Lao people are kicked back like they’re at a five star hotel.  I’m perplexed, and starting to mildly hallucinate.  We have one more flat and two prolonged stops for the driver to crank down on some loose fan belts, and finally slog into Luang Prabang.   This ten hour, 384-kilometer trip rounded out to 15 hours in the glorious, glorious end.

The moral of this story:  Get your ticket early, and get the sleeping bus.  Unless you’re a masochist, then take the VIP, or just ride a water buffalo.

Get your local travel info from one of our team member
at Tiger Trail Laos, or send us an email with your questions.