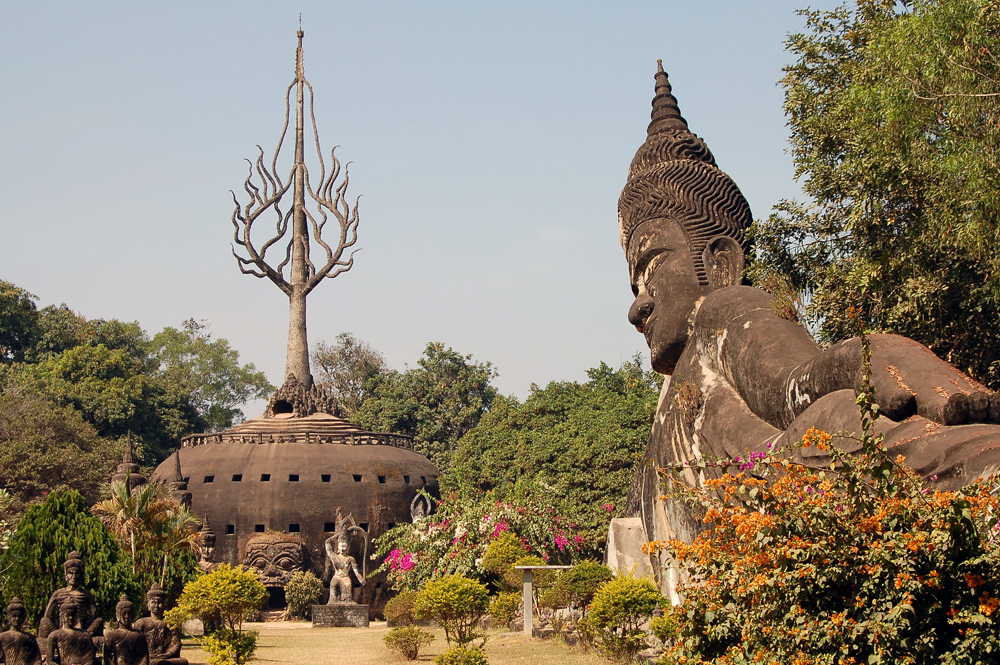 Once upon a time, a mad monk swam veillée across a river.

Well, “mad” is in dispute, and certainly impolite. And actually, he wasn’t technically a monk, though he is respected as a religious man. Let’s call him a visionary. Bunleua Sulilat is responsible for two of the coolest sights in Lao PDR and Thailand—the Buddha parks in Nong Khai, on the Thai side of the river, and near Vientiane on the Lao side.

Bunleua Sulilat, the maybe not-mad non-monk nonetheless had a vision of a blend of Hinduism and cheap mlb jerseys Buddhism that he wanted to share with the world. Starting in Laos in the late 1950s, he began working with local craftsmen to create his “Spirit City,” (Xieng Khuan) 24 kilometers south of Vientiane.

The parks House give a port new meaning to the phrase “concrete jungle.” Concrete cosmos is perhaps a better term. Luang Pu (an honorific meaning “Venerable Grandfather”) Sulilat’s visions of Buddhist cosmology, the circle of life on earth and beyond, and stories from ancient Buddhist and Hindu traditions are brought to life in massive concrete form. These are statues you are meant to interact with and even climb around. A highlight of the Vientiane park is something that looks like a giant pumpkin with a spindly dead (concrete) tree rising out of Tourism it. Inside is a depiction of the three levels of existence: hell, earth, and heaven. You can walk (or crawl) inside and out, from hell on the ground floor, full of mildewed devils to the deities in the highest plane, and then slip outside onto the top of the pumpkin itself to look over the whole of the strange, charming, park.

The rest of the park is just as quirky—or imposing, cheap jerseys or moving, however you interpret it. It’s certainly one of Vientiane’s most unique sights, and a must-see for anyone interested in so called naïve or primitive art. The park on the Lao side can probably be considered incomplete—in about 1975, Luang Pu Sulilat slipped into the muddy brown waters of the Mekong and emerged in Thailand, where he began work on another park, Sala Keoku, named after his spiritual mentor, and full of the same cement whimsy. 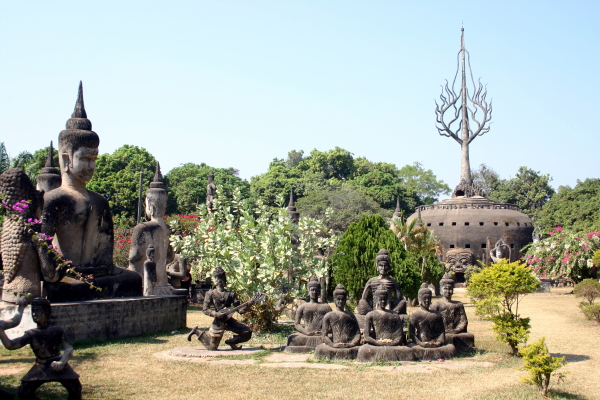 The drive wholesale jerseys to Xieng Khuan is a nice trip outside of the city into some of the lovely bright green and brown countryside of Laos, and most tuk tuk drivers in the wholesale mlb jerseys city will know the way. There’s a little restaurant just outside the park, in case you need a break from the wholesale mlb jerseys Vientiane sun. Admission was 5000 kip at the time of this writing, with another 2000 Festival kip if you want to take pictures (which you definitely will). Not much to pay for a trip to heaven—and hell—and back.

What Can Tourism Accomplish? Hearts of stone